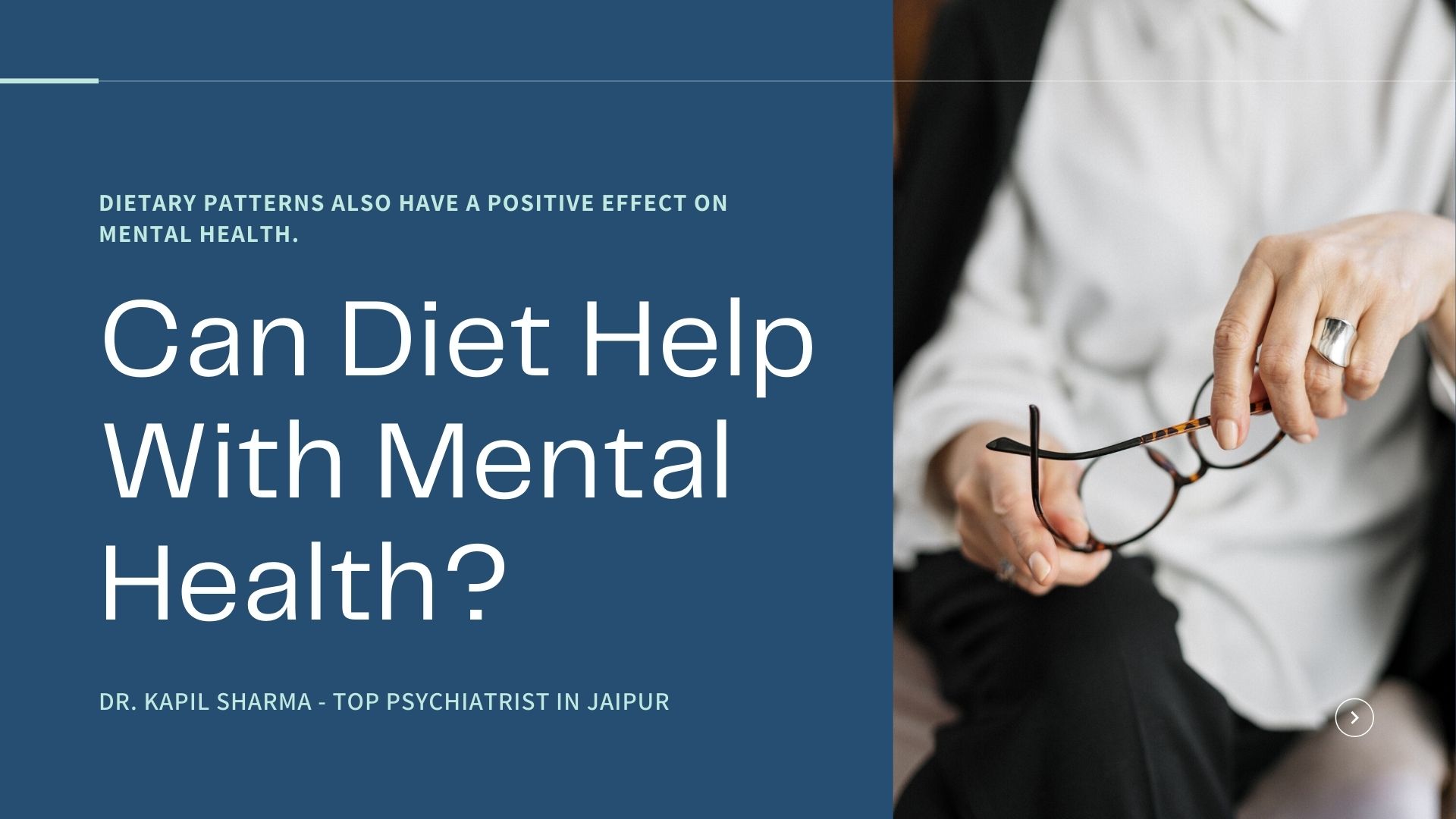 Can Diet Help With Mental Health?

Researchers have increasingly been studying the effects of diet and nutrition on mental health.

Many of them have noticed that people who follow a standard Western/ fast food/ junk food diet, which includes highly processed foods and added sugars, have higher risks of developing anxiety and depression. India is continuously developing. Indians are changing their dietary habits. We are following western standards of diet and lifestyle.

Dietary patterns also have a positive effect on mental health.

Today we review some evidence suggesting that a healthful diet can improve mental health and help treat or prevent certain mental health problems conditions. We also explore how food affects our mood.

Can diet help with mental health?

Nutritional psychiatry, which is known as psychonutrition as well, is a new field of Psychiatric medicine that focuses on the effect of diet on mental health.

The research suggests that the more closely a person follows a Western / junk/ fast food diet, with its highly processed foods, the more at risk they are for depression, anxiety and other mental health problems. People who follow an alternative staple Indian diet, on the other hand, seem to be less likely to have mental health conditions.

What are the factors that negatively affect neurogenesis in the adult brain?

What are healthy food and habits appear to promote neurogenesis?

Diets that include polyunsaturated fatty acids (PUFAs), curcumin, and polyphenols.

Is there any best diet:

There is no specific diet that is best for mental health, but some eating patterns appear to be better than others.

Chemical in the diet that has links to lower depression rates include:

Calorie restriction for short term has shown some evidences for treating the symptoms of depression.

Experts say calorie restriction means as  reduction in energy intake well below the amount of calories that would be consumed regularly. The extent of the restriction will vary depending on the individual’s needs.

Research has some evidence to show the relationship between food intake and depression defined calorie restriction as a 25-30% reduction in calorie intake while keeping proteins, vitamins, minerals, and water intake to maintain proper nutrition. Calories restrictions should be done for the short term only, it should not be continued for long term.

Anyone who wants to try calorie restriction should also consult to the best psychiatrist in Jaipur or a dietitian to ensure that they are getting enough nutrients.

It is paramount not to restrict calories in diet for the long term, as it can be harmful to brain cells and can make depressive symptoms worse.

There are some evidence that shows intermittent fasting may help improve mood and mental health.

Psychiatrists have noted that fasting could contribute to improvements in mood, subjective sense of well-being, alertness, lightness.

Which Food or diets should be avoided for mental health problems?

Some researchers have found that people who follow a Western/ fast food diet containing highly processed foods are more likely to have depression, anxiety and other mental health problems.

The foods that should be avoided as much as possible: