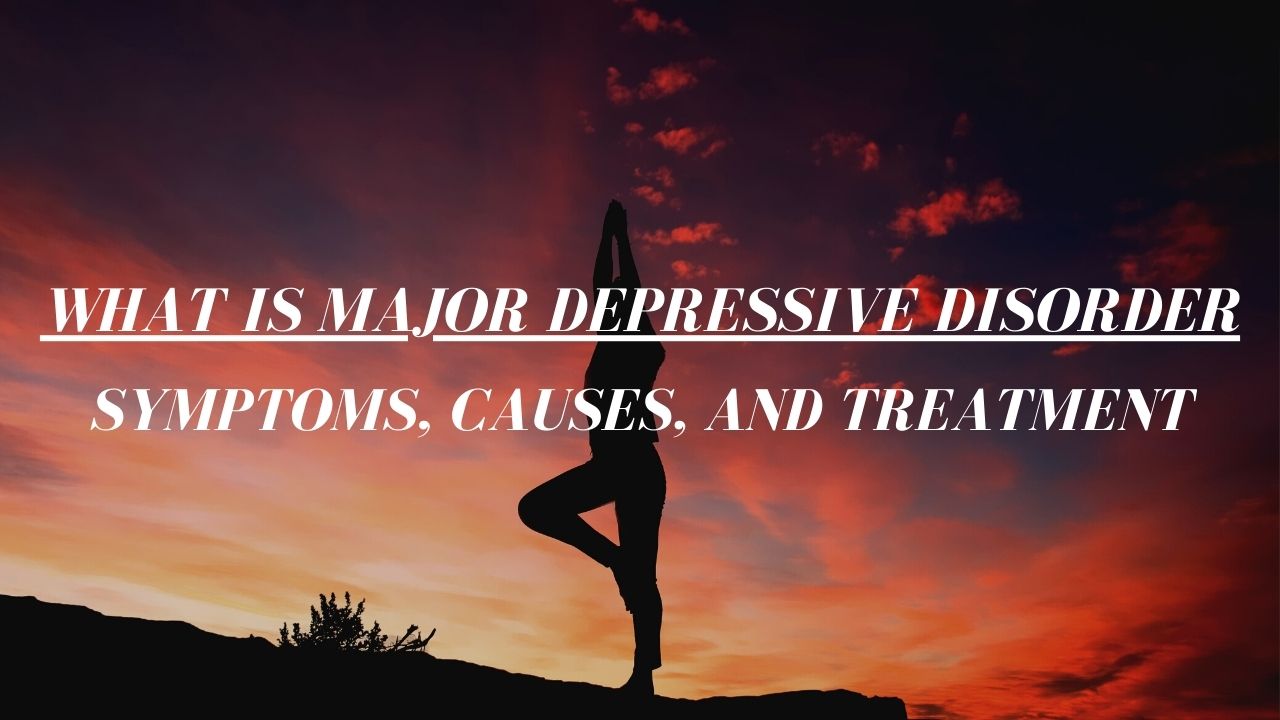 What Is Major Depressive Disorder- Symptoms, Causes, and Treatment

Depression or sadness is a very common health illness in this generation. Millions of people around the world experience mental health, depression, or sadness at some point in their lives. However, proper treatment can help a person to overcome the current situation in a healthful way.

People may feel sad, disappointed, or depressed when they lose something more important or when they’re going through a life challenge, such as a divorce or serious illness.

Due to that, they may face serious health problems such as anxiety, loss of energy, sleeping more or less, concentration power, a change in appetite, indecisiveness, feelings of worthlessness, hopelessness, guilt, thoughts of self-harm or even committing suicide.

As indicated by the WHO (World Health Organization), one out of four individuals on the planet will be influenced by mental or neurological problems eventually in their lives. Aside from that around 322 million individuals on the planet as of now experience the ill effects of depression, mental problems among the main sources of infirmity and inability around the world.

Symptoms of Mental Illness or Depression-

How Is Major Depressive Disorder Treated?

Individuals who face serious major depressive disorder or who have musings of hurting themselves may have to remain in a medical clinic during therapy. Some may likewise have to participate in an outpatient treatment program until indications improve.

If you feel unhealthy and depressed then you should consult the best Psychiatrist in Jaipur. The mental health professional in Jaipur starts treatment for mental health disorder by prescribing antidepressant medications.