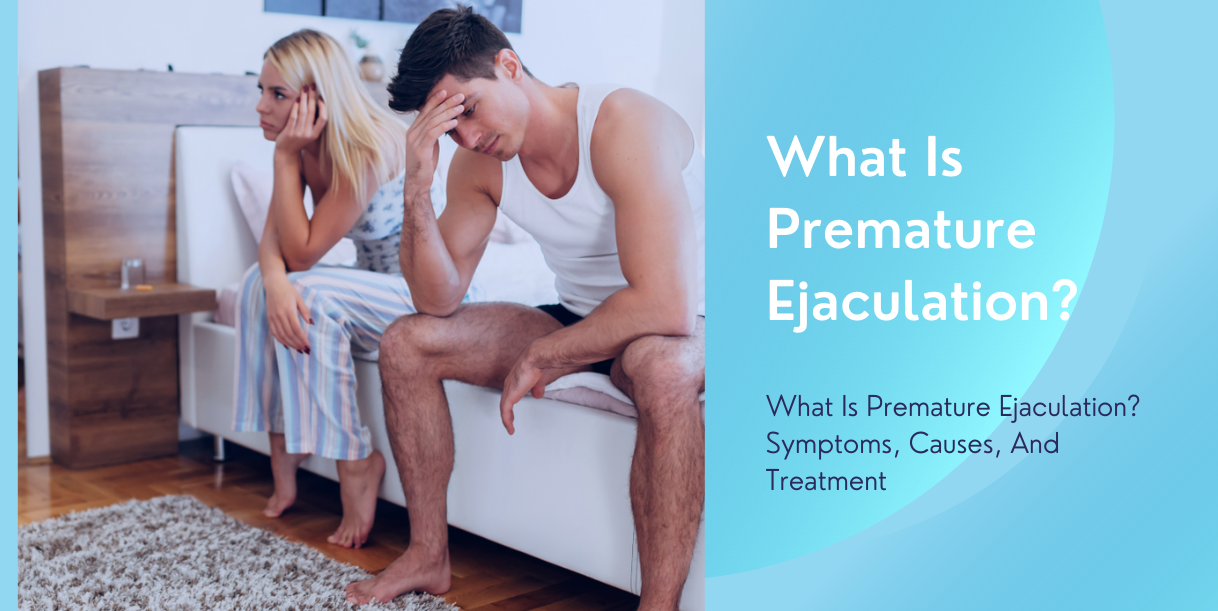 What Is Premature Ejaculation? Symptoms, Causes, And Treatment

Premature Ejaculation is a common sexual dysfunction. A persistent or recurrent mode of ejaculation that occurs during sexual intercourse, about one minute after vaginal penetration and before the individual desires it. It must cause discomfort or interpersonal difficulties and must not be due to the direct effects of a substance/drug or medical condition.

There are various types of premature ejaculation: permanent (lifelong), situational (only with specific stimulation, situation or partner), acquired (onset after a period of normal sexual functioning), and generalized (occurs in all situations).

Premature ejaculation consists in the occurrence, persistent or occasional, of ejaculation following even minimal sexual stimulation, before (“ante portam”), during or shortly after penetration, and in any case before when the subject would like.

Here are some symptoms and causes of premature ejaculation-

Criteria For Diagnosis And Criticality

There is no precise criterion, nor precise symptoms, to define when we can speak of real premature ejaculation, because there is no prior time that a man should “last”.

Some researchers take as a reference point, in order to talk about precocity in ejaculation, the fact that the man is unable to restrain himself in such a way that the woman is satisfied in at least 50% of cases.

Even this criterion, however, is extremely questionable, as it is necessary to evaluate the orgasmic abilities of the woman. In any case, it can be said that she is certainly a premature ejaculator who has ejaculation after a handful of coital thrusts (5-10) or even before introducing the penis into the vagina.

How Can Premature Ejaculation Be Diagnosed?

The approach to detecting this is multidisciplinary, as physical, organic, sexual and psychological aspects must be taken into consideration.

In cases of more marked precocity, the doctor arranges for the execution of culture tests of the seminal fluid, a urological and andrological examination and a urethral swab to be performed after a prostate massage. These analyze and tests can reveal, for example, whether ejaculation is the result of a genital infection (inflammation). The psychological analysis of the patient can also be useful.

How Is Premature Ejaculation Treated?

Premature, like other sexual diseases, is treated where possible by advising a couple of behaviors and exercises to be performed to increase self-control during sex. As per the best psychiatrist in Jaipur, in this case, premature ejaculation treatment, it is about the application of the so-called “Behavioral Therapy”, which also provides for the psychological analysis of the patient, with the reconstruction of his ideas about sexuality and the reconstruction of his life history and social context culture in which it developed.

This therapy is usually accompanied by pharmacological therapy, based on alpha-Adrenergic blocking drugs and serotonergic antidepressants, following the doctor’s strict instructions.